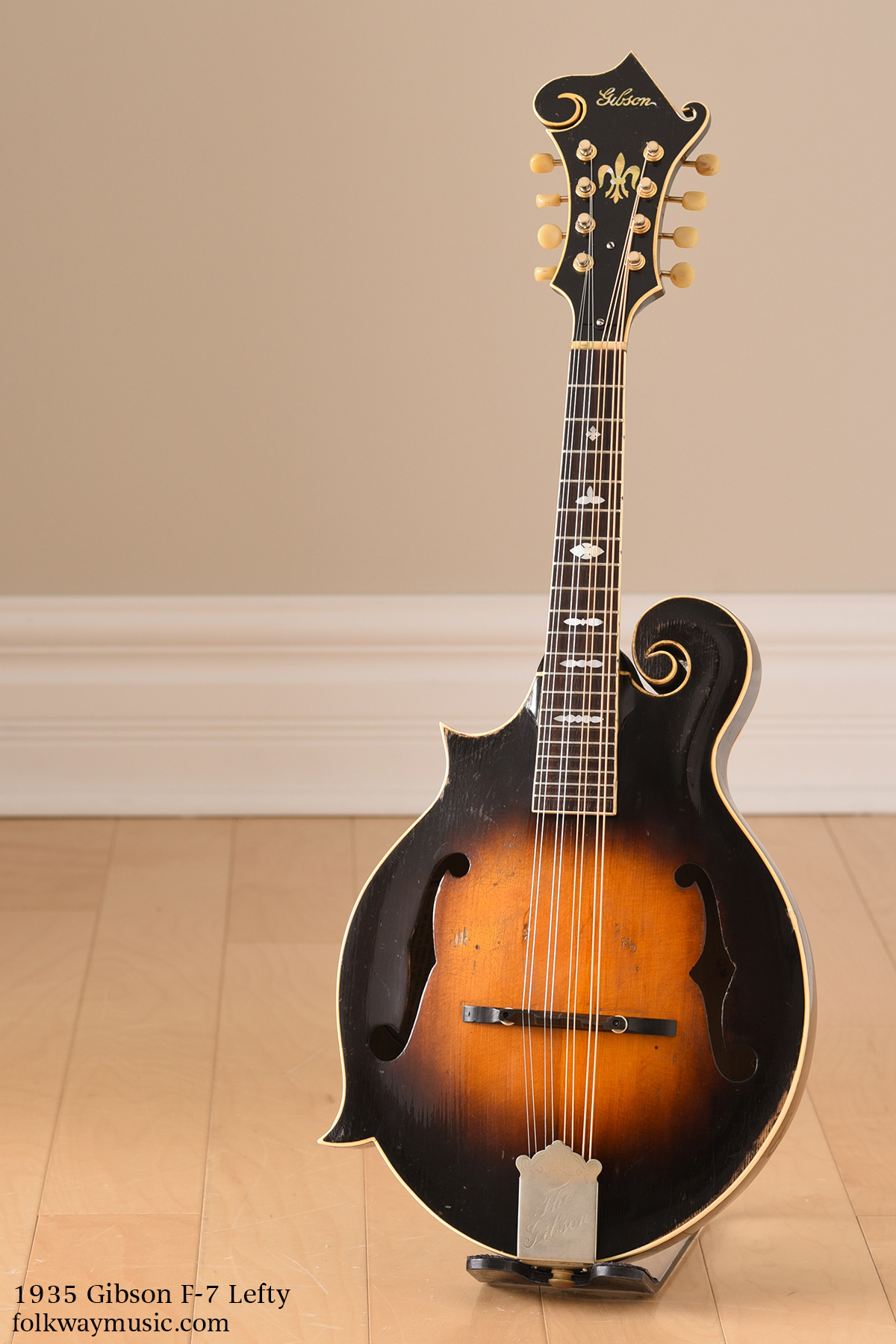 Among all the vintage instruments we’ve offered for sale over these last 20 years, this factory left-handed 1935 Gibson F-7 might just be the most unique. We’ve personally never seen another lefty F-style Gibson built before more modern times, and although there is a left handed 1908 F-2 listed deep within the Mandolin Archive (mandolinarchive.com), finding another lefty F is something we’re not expecting to ever do again. The fact that this is a local instrument is even more bewildering.

Gibson shipped this F-7 to Beare & Son in Toronto on July 23rd 1935. It was custom ordered by a local musician named Andrew who was born back in 1910. He became a friend of the instrument’s current owner later in life. We’re told that ‘Andy’ learned to play mandolin on his father’s right-handed instrument and ordered his F7 from Gibson with a left-handed body and right-handed stringing. Interestingly, the pickguard was mounted on the bass-side (right-handed player side) of the instrument, suggesting that Andy had a unique style of playing that predominantly employed an upstroke technique. The original bridge is a standard right-handed part, as is the original nut. We have set the instrument up with a new Randy Wood left-handed bridge that’s been aged to blend in, and will include the original bridge and pickguard with the instrument, should you opt to string it righty again and play Hendrix-style mandolin.

The instrument has been very well used and shows plenty of playwear and a few modifications. It is crack-free and structurally sound, however, and plays well with non-original frets that show not much wear. In the 1950s or ‘60s the instrument was fitted with a DeArmond Rhythm-Chief pickup that was screwed directly to the top. What remains today are three filled screwholes and a filled output-jack hole on the bass-side’s lower bout. (Why the jack was installed on the bass side is a mystery to us). The treble-side F-hole’s center-points were slightly enlarged to allow for the installation of a full-sized volume pot that was mounted at the top of the soundhole. There is a faint impression in the finish left by a washer. In addition, there is a filled hole through the body’s lower point; which, presumably, was the site of a strap hanger of some kind (more righty/lefty mystery). The tuners are Kluson replacements from the later 1960s, the tailpiece is original, and there is mis-aligned separation at the back/side seam that was glued long ago. Finally, there is a small section of replaced binding on the headstock.

The instrument’s finish is original, there is lots of playwear to the back of the neck and plenty of old-instrument patina on the body. The first 14 frets are not original and don’t show much wear. 1-3/16” nut, 13-7/8” scale. Set up here with 11-40 strings and comfortably low action.

The original lefty-specific shaped case is still with the instrument, and the removed DeArmond pickup is supplied as well.

The F-7 model was produced between 1934 and 1939. It featured varied-pattern fingerboard inlays and a Fleur-de-Lys headstock inlay similar to those of a Nick Lucas model, sunburst top and brown-finished back and sides. The neck joins the body at the 12th fret (rather than the 15th, as on an F-5) which results in a bridge position that’s lower on the top. This gives them a less powerful, sweeter voice than th F-5 that’s something of a hybrid with the older F-2/4 models.

We’re happy to expand on this instrument’s condition, history, provenance, and rarity in person. Feel free to call the store for details.
SHARE: 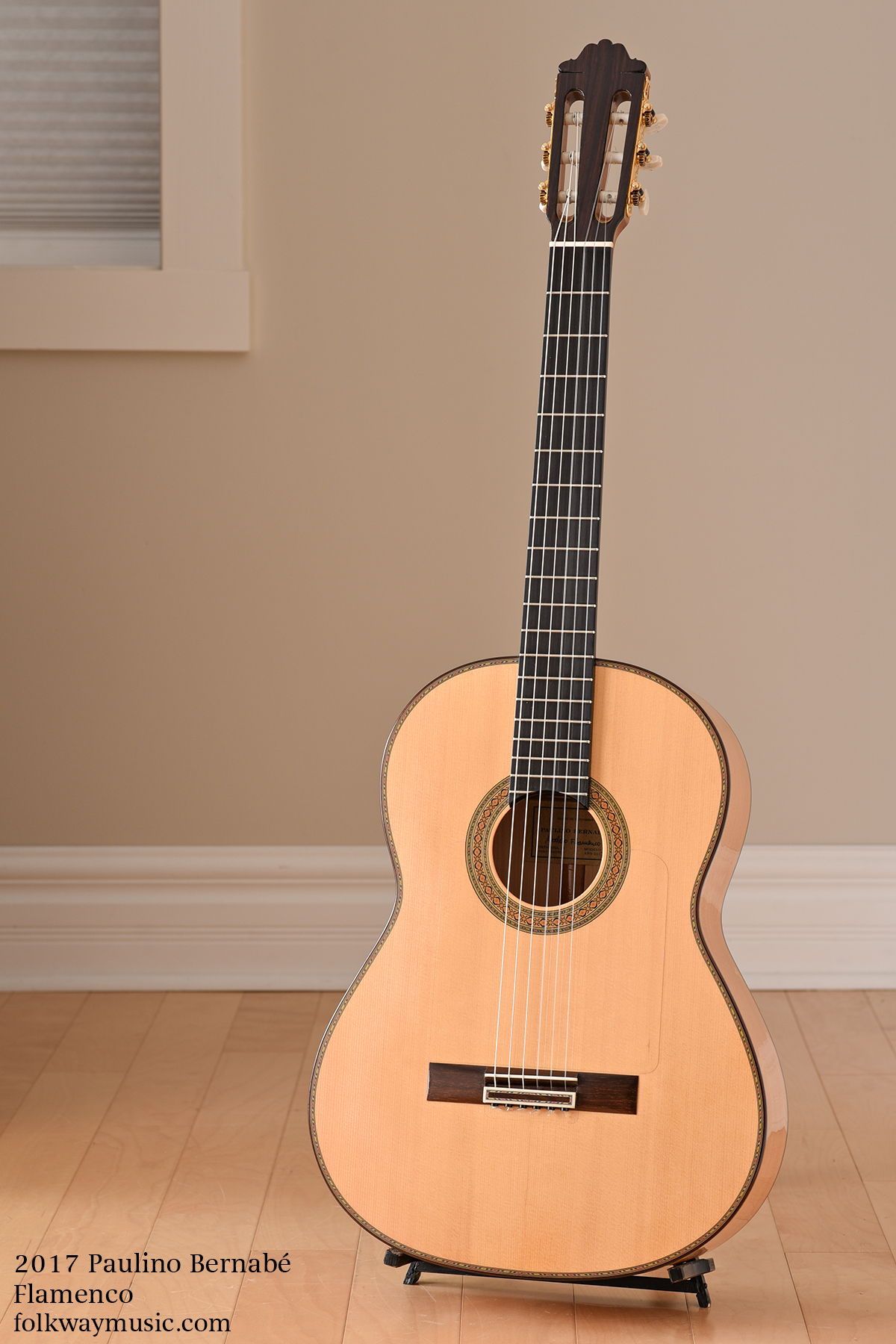 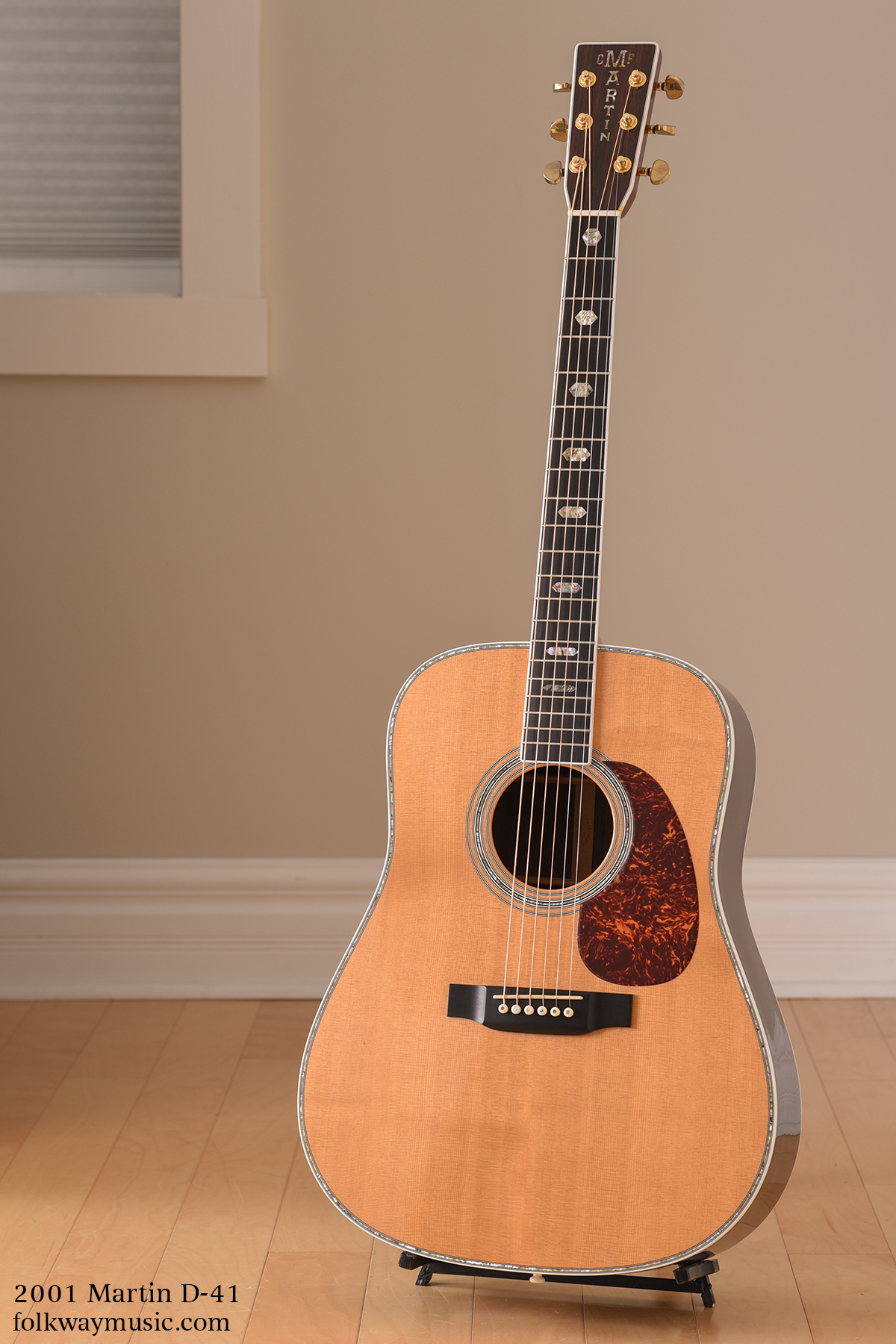